Tips for Safely Solving a Wasp or Yellow Jacket Problem

All yellow jackets are wasps but not all wasps are yellow jackets. Yellow jackets are a small genus of the wasp family, and both can bring outdoor activities in your yard to an abrupt end. Wasps and yellow jackets can cause panic in even the bravest outdoor enthusiast. For those who already dislike the outdoors, a wasp or yellow jacket problem will not improve their opinion of being outside.

During late spring, the first yellow jackets will venture from their winter hiding spaces in search of food for their budding colony. The yellow jacket’s primary mission is to feed its larvae and grow the colony. Yellow jackets colonies can become enormous. Colonies can range in size, from as small as 1,500 to as large as 100,000 insects.

Both wasps and yellow jackets have problematic reputations as something of a villain of summer. Both insects feed off sweet and sugary drinks and foods. They are also attracted to fruit and meats, so your summer picnic is a buffet of wasp and yellow jacket favorites. On their hunt for food to feed their colonies, they become aggressive protectors, which sometimes puts them at odds with humans and pets.

Wasps and yellow jackets have to be removed as soon as possible. They are not good neighbors, and their food sourcing habits put them in frequent conflict with children and pets. The good news is that wasps and yellow jackets are not long-term visitors. By the end of the summer, their entire colony will have completed its life cycle. In the meantime, you can eliminate them with the following steps:

When to Call a Professional Exterminator

At Purcor Pest Control, we understand yellow jackets and wasps can be dangerous. Safety is a major concern when dealing with aggressive and threatening pests such as these. It’s important to be realistic and know your limitations. Yellow jackets and wasps do not always respond to DIY remedies. If the hive is large or too far away to adequately apply treatment, hiring a professional exterminator can be the more prudent choice.

Tips for Safely Solving a Wasp or Yellow Jacket Problem

Spring Pest Control in Western Washington: What You Need To Know 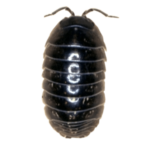 What’s the Difference Between Pillbugs vs. Sowbugs?

Restaurant Pest Control: You Need To Know These 5 Worst Pests