It is estimated that there are more than 4,000 different species of termites worldwide. These insects have been around for more than 300 million years and are most closely related to cockroaches.

Termites’ purpose is to feed on wood and break it down to a cellular level so it can be reused by nature; the trouble comes when termites start feeding on the structural wood in your home, business or other building.

Termites are considered “social” insects because they live together in colonies. Within a colony, there are three distinct types—referred to as “castes”—of termites.

Subterranean termites and their various sub-varieties are the most prevalent in the U.S.

Subterranean termites are so named because they primarily live underground. These termites require a moist environment to live and thrive, and their colonies are built below the soil. Colonies are established near a food source—typically wood that is below ground or in contact with the ground. However, these termites can live above ground as long as they have a moisture source.

To travel from the colony to an above-ground food source, subterranean termites construct mud tubes, which are made from bits of soil, saliva, and fecal matter.

In the southeastern U.S.—particularly Georgia and Florida—one species in particular causes the most damage to homes and businesses: the Eastern Subterranean Termite.

An Eastern Subterranean Termite colony can range in size from 55,000 to 5 million termites. The average size is 300,000.

In our region of the country, there is an average of 10 to 13 termite colonies per acre of land. In other words, chances are high that a termite colony already exists on your property. This is why it’s important for homeowners to be aware of the conditions that are conducive to termite activity in your home as well as the warning signs of a potential termite problem.

If you have termites or want to learn more about how PURCOR approaches termite control, give us a call today. 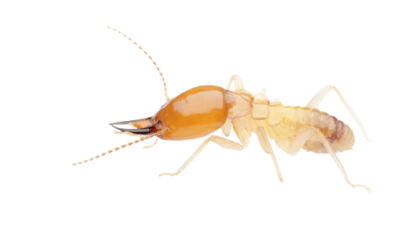 INCLUDED IN THIS SERVICE

Can’t Find The Service You are Looking For?